At a time when most news about the opioid crisis seems to be bad, a recent study may be a cause for hope.

The January 2019 study by the Center for Disease Control (CDC) indicates that opioid overdose deaths in the U.S. have entered a plateau—and even a slight decrease.

Looking at the Study

The June-to-June comparison is the seventh consecutive such data analysis from the CDC to see an overall decrease in overdose deaths from the previous, after an all-time high in the CDC study measuring opioid deaths from November 2016 to November 2017.

Important Qualifications to This Data

The CDC study is very heartening to us in the behavioral health industry, but we are responsible to note a couple things. 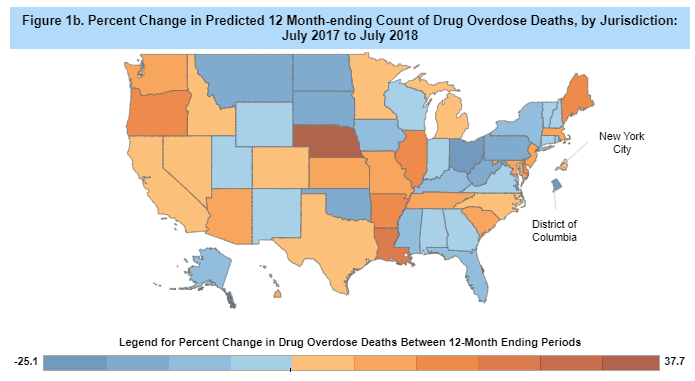 See the CDC’s data for yourself here. AZZLY will be here to report on new developments in the industry. Follow us to stay informed.

AZZLY Rize is our all-in-one solution designed for facilities that specialize in mental health, addiction treatment, and eating disorders. Find out more about it. Contact us and we’ll send some free demos your way. Or you can schedule an appointment at your convenience and one of our EMR & RCM experts will give you a live, guided demonstration.