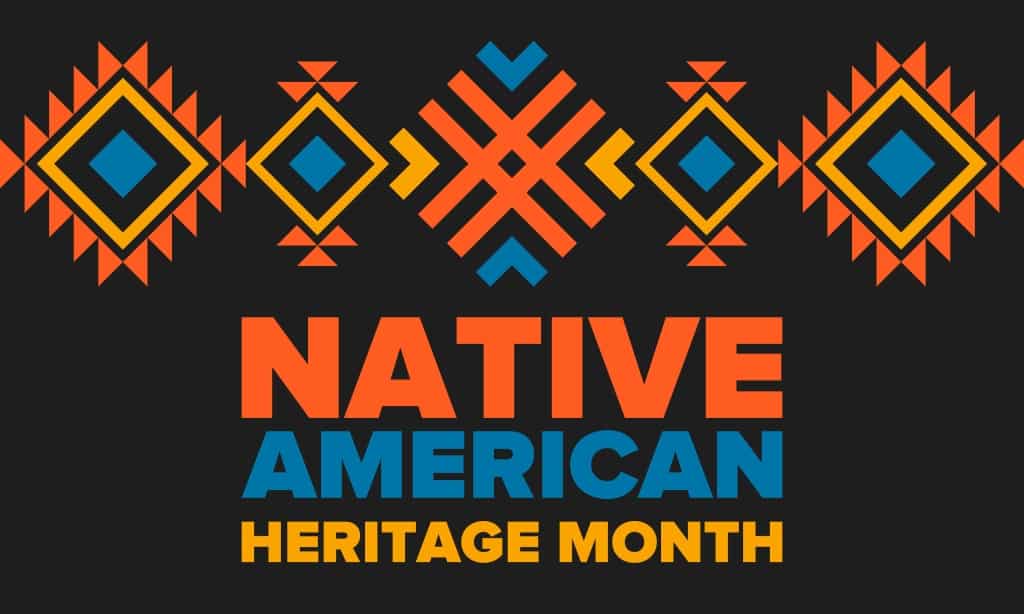 National Native American Heritage Month is a small recognition of the huge role that Native people have played in shaping what the United States is today. Just one example: last week we commemorated Veterans Day, honoring those who have served in our nation’s Armed Forces. But did you know that throughout U.S. history, American Indians and Alaska Natives have served in the military at a rate five times the national average? This is the highest rate of any demographic in the U.S., despite the fact that they were not recognized as citizens until the 1920s. Watch the video below to see the unveiling of the new National Native American Veterans Memorial on the National Mall this Veterans Day.

“Native American” or “American Indian” encapsulates more than 500 sovereign tribal nations, each with their histories and cultures. In North America alone, there are over 100 Native American languages, and over 600 in the Western Hemisphere. If you want to pay tribute to some of these cultures this month, you can start by supporting Native American literature and art. Our client partner Lutheran Indian Ministries published a fantastic article here on honoring native heritage and remembering the past. This includes tellings of history by Native authors, songs by Native songwriters, and notable Native Americans throughout history, all the way to representation of Native characters in modern fiction like Marvel Comics.

With Thanksgiving approaching this November 27th and Native American Heritage Day the following day, Cultural Survival lists several resources as a starting point to listen to Native voices and learn about Native histories and cultures in their own words.

About AZZLY® and Tribal Nations

Historically, Native Americans are a demographic that has been most denied these resources, and we are committed to assisting providers with the tools that they need to drive efficiency and create better patient outcomes like our client partners Lutheran Indian Ministries in Wisconsin and Lost River Treatment Center, operated by Modoc Nation in Oklahoma.

AZZLY Inc., has developed a “provider tool” to help Addiction Treatment and Mental Healthcare providers integrate technology in their practices.

With a modern cloud platform as the foundation for new treatment centers and the replacement technology for established clinic’s paper or legacy software, our solution, AZZLY Rize™, streamlines the electronic health records (EHR), revenue cycle management (RCM), and patient management (PM) needs increasing our client’s efficiency, their ability to serve more patients, and ultimately their revenue.

James Childers, Clinical Director of Lost River Treatment Center shares, “I have worked with several EHR programs throughout my career and most feel like they are developed by programmers and the clinical staff have to adapt to conform what the software is capable of. AZZLY has worked closely with our team to help develop an intuitive EHR that feels like it was developed by and for Clinicians. The process has been very supportive and they have worked diligently to implement special requests, making the software feel like our own.”

If now is the time to consider a change, schedule an appointment with one of our EHR and Billing Specialists. Contact us at hello@azzly.com or (407) 255-2357 at any time with inquiries.