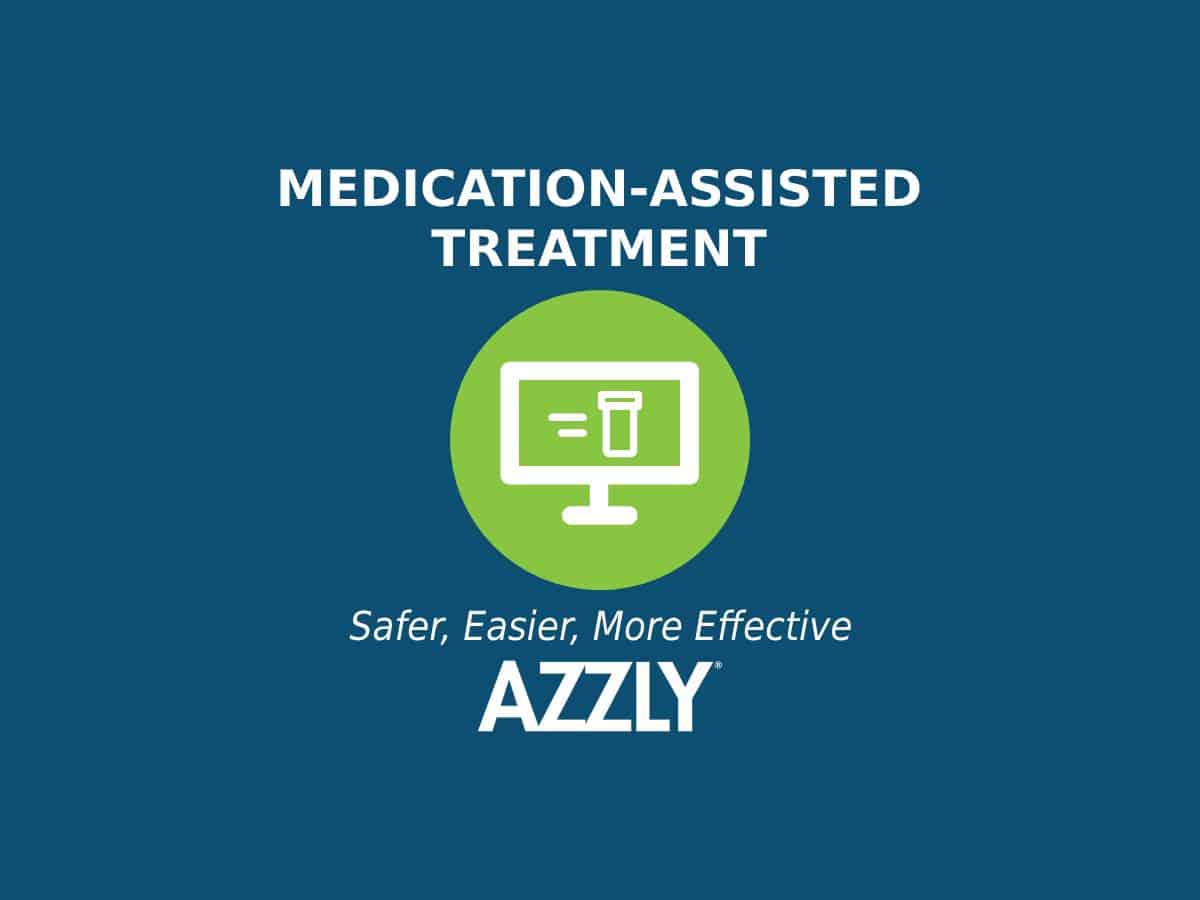 People all over the world have been affected by the opioid health crisis. From 1999-2018, almost 450,000 people died from an overdose involving prescription opiates, heroin, fentanyl, or other opioids. About 47,000 people die from opioid overdoses each year in the USA, and millions more struggle with opioid use disorder (OUD).

In fighting this opioid epidemic, many providers have chosen to adopt the method of medication-assisted treatment (MAT), addiction treatment that incorporates an opioid agonist to lessen the effects of withdrawal for patients on the road to recovery. Programs that use this method to treat OUD are called Opioid Treatment Programs (OTP).

Even though MAT is evidence-based and advocated for by leading healthcare figures ranging from SAMHSA to the Surgeon General, some providers still understandably have qualms about it. The primary objection to MAT as long as it has existed has been the belief that a patient’s dependence on one substance, such as heroin, is replaced with a dependence on another substance, such as methadone. After all, opioid agonists are opioids.

At AZZLY®, we serve both OTPs and abstinence-only programs. We advocate for evidence-based treatment and believe that medication, in conjunction with counseling, can lead to long-term recovery and abstinence. In this article we want to get three ideas across about MAT: it’s safer, easier, and more effective than ever before. To eliminate opioid overdose, the stigma around MAT must be eliminated. You can’t treat a dead person.

30 days after initiating treatment, 78% of patients in the buprenorphine group continued with their addiction treatment program, compared to 45% in the brief intervention group and 37% in the referral group. Additionally, the buprenorphine group went from using illicit opioids an average of 5.4 days a week to 0.9 days a week. The referral group reduced from 5.4 days using a week to 2.3 days using, and the brief intervention group went from 5.6 days using to 2.4 days using.

The pattern of higher retention and reduction in illicit opioid use seen in the buprenorphine trial is similar to the observations in a clinical trial of methadone patients conducted in Baltimore. Over three years, the trial randomized 211 inmates who were opioid-dependent prior to being incarcerated. Subjects were put into three groups: 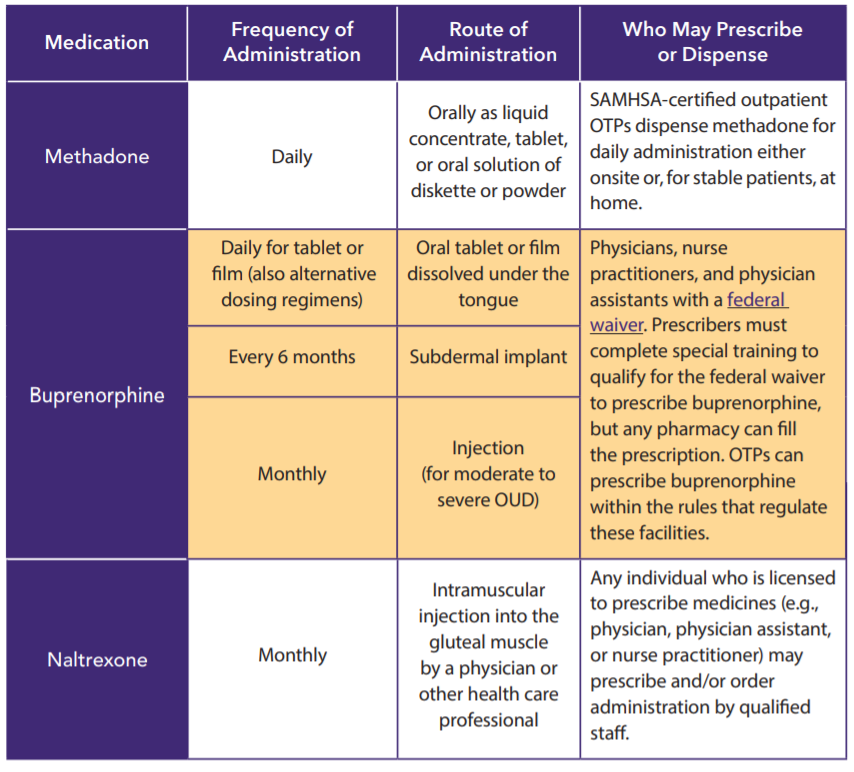 Table published in The Surgeon General’s Spotlight on Opioids, page 21

These advancements in opioid agonists make MAT safer and more practical for both patients and prescribers. Specifically, the option of extended-release medications addresses the potential of overdose and diversion. The ceiling effect built into buprenorphine decreases temptation to abuse. For physicians, the advancements in medications and regulations create new options: medication-assisted treatment can be delivered in the primary care setting with a buprenorphine waiver.

The Surgeon General’s Spotlight on Opioids says in regards to the table above, “Those FDA-approved medications listed in Table 2 demonstrate ‘well-supported’ evidence of

safety and effectiveness for improving outcomes for individuals with opioid use disorders.” Further, the Spotlight reads: “The use of opioid agonist medications to treat opioid use disorders has always had its critics. Many people, including some policymakers, authorities in the criminal justice system, and treatment providers, have viewed maintenance treatments as ‘substituting one substance for another’ and have adhered instead to an abstinence-only philosophy that avoids the use of medications, especially those that activate opioid receptors. Such views are not scientifically supported; the research clearly demonstrates that opioid agonist therapy leads to better treatment outcomes compared to behavioral treatments alone. Moreover, withholding medications greatly increases the risk of relapse to illicit opioid use and overdose death. Decades of research have shown that the benefits of opioid agonist therapy greatly outweigh the risks associated with diversion.

Contact AZZLY® at hello@azzly.com or 407-255-2357 for more information on our all-in-one behavioral healthcare and addiction treatment solution. Fill out this brief form to watch demos of AZZLY Rize, and an AZZLY EHR and Billing Specialist will be in touch to discuss whether AZZLY Rize is the right fit for your organization.